At just shy of 1,100ft, Loughrigg Fell is a minnow of a fell in Lakes terms.

But oh, what a minnow, with its hidden tarns, rocky bluffs, meandering ridgeway paths – not to mention the caves, bluebells and acres of juniper and oak woodland skirting its lower slopes.

Then there’s the view: a panoramic grandstand featuring, among many others, the Coniston massif, Fairfield Horseshoe, Far Eastern skyline, Langdale Pikes, Northern and Grasmere fells. For so little effort, the reward is immeasurable.

You can take any number of routes to Loughrigg Fell’s summit from Tarn House – and there’s a choice of about two dozen (two favourites are detailed in the Tarn House walking guide). If you’re fit there’s no reason why you can’t be on the top in 40 minutes, making it the ideal early morning or evening stroll.

After a day spent trimming back Rhododendrons in the Tarn House garden we pulled on our boots for a walk in the last of the day’s light – the sun slowly sinking behind Pike O Blisco as more and more of Loughrigg Fell’s bluffs, crags and knolls were bathed in gold.

With no-one around, it felt like we had the whole fell to ourselves. 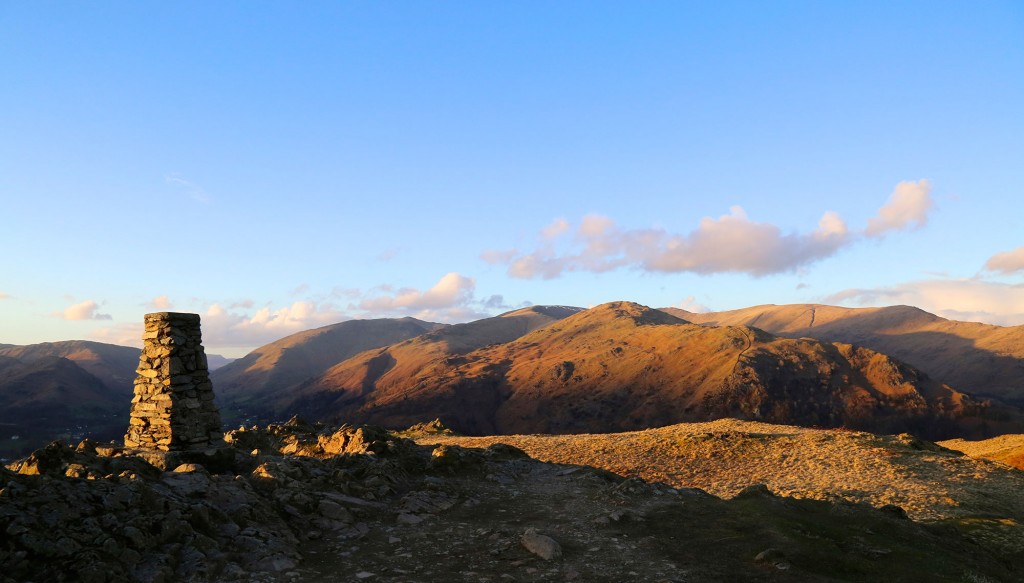 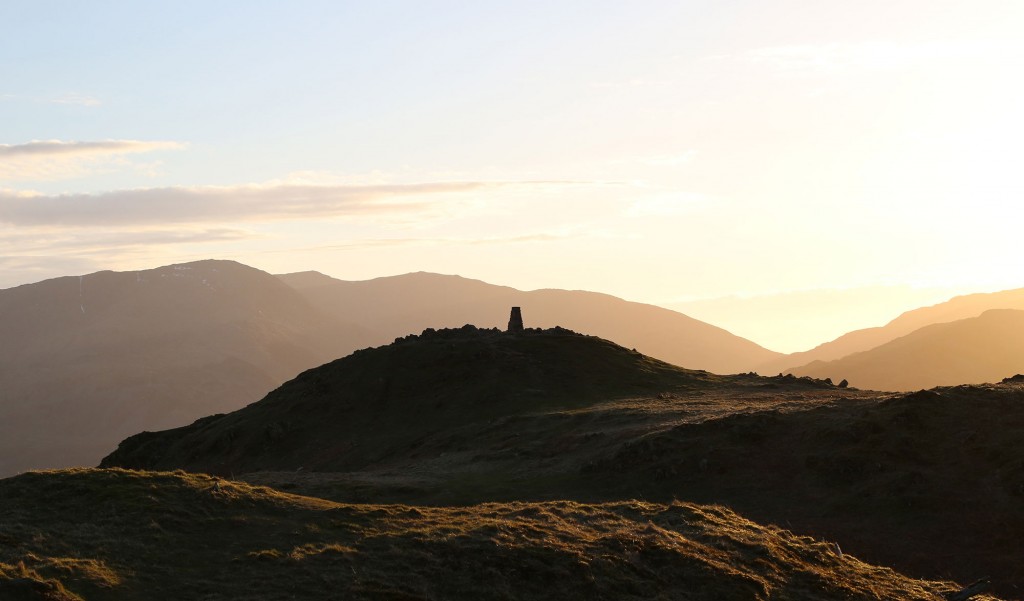